Our venue is the “campus” that makes up our living and working lives in the heart of Charlottetown, Prince Edward Island.

Our house at 100 Prince Street was constructed by the Smith family in 1827. It’s a simple two-story house that’s blessed with an unusually large back garden. The register of historic places says about the house, in part:

100 Prince Street in its long history has been associated with many prominent Islanders. The home has been well kept, has retained its original character and therefore is a well preserved example of a Georgian influenced house and is an asset to the Prince Street streetscape. 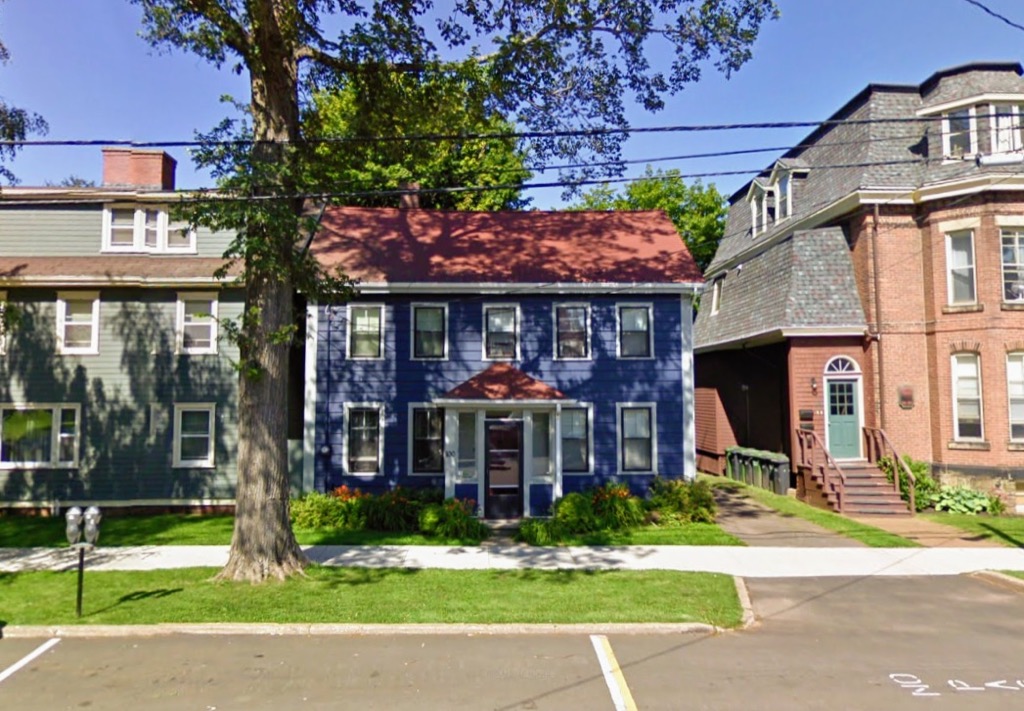 On the ground floor there’s a large living room-dining room; in the back yard there’s a wooden deck and a large open garden where we can assemble tables and chairs as needed.

♿️ While the back yard is accessible via the driveway, there’s a single step up into the house itself.

St. Paul’s Anglican Church is a progressive parish that’s celebrating its 250th anniversary this year. The Parish Hall was constructed in 1906 and substantially renovated in 1968. The register of historic places says about the hall, in part:

We are not members of the parish, only its tenants; the unconference is a secular event.

♿️ There are two accessible washrooms on the main floor. 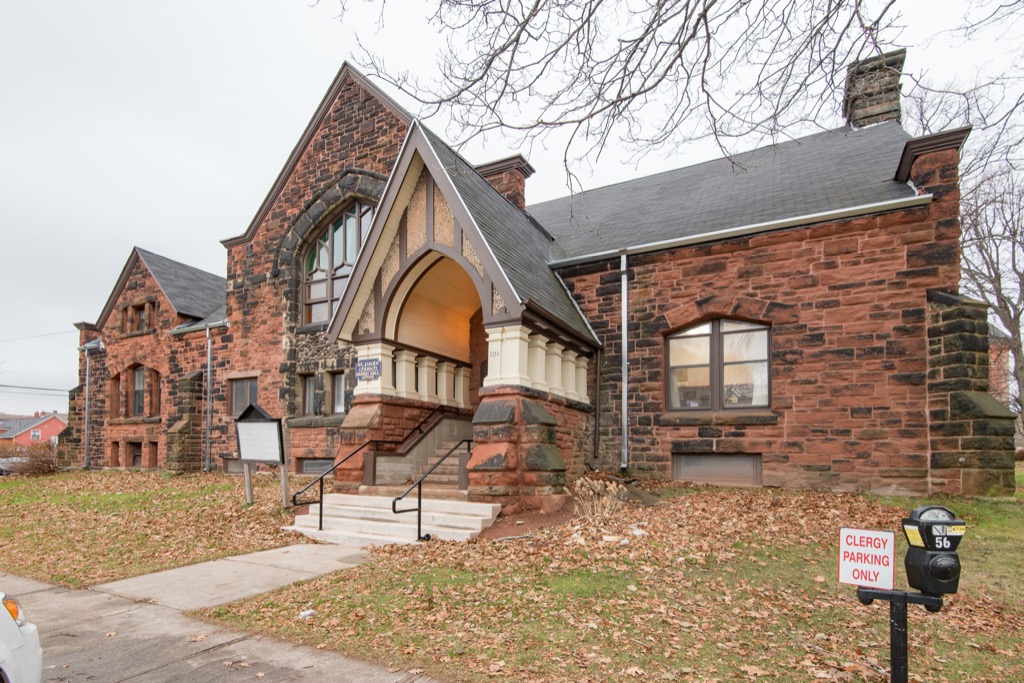 The main part of the hall is a large open room, equipped with tables and chairs. It’s equipped with a standup piano, and is abutted by a commercial-grade kitchen and a small chapel, both of which we’ll have the use of.

♿️ The main hall is wheelchair-accessible via a lift from the Richmond Street entrance. 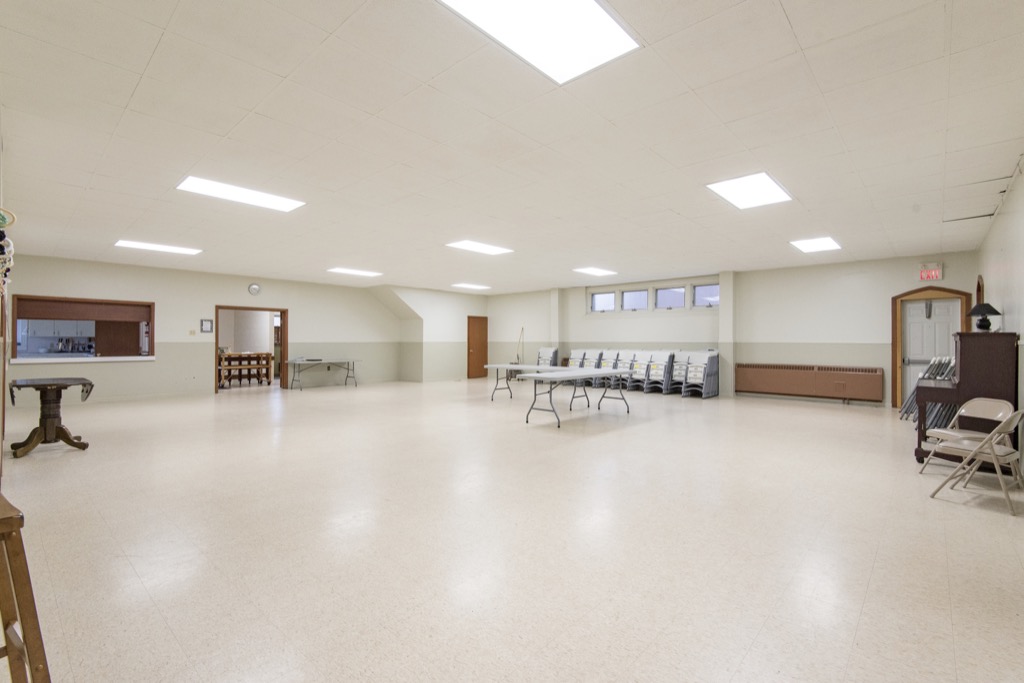 We’ll have the use of the kitchen for the duration, both for catering and, when schedule allows, as a conversation space. 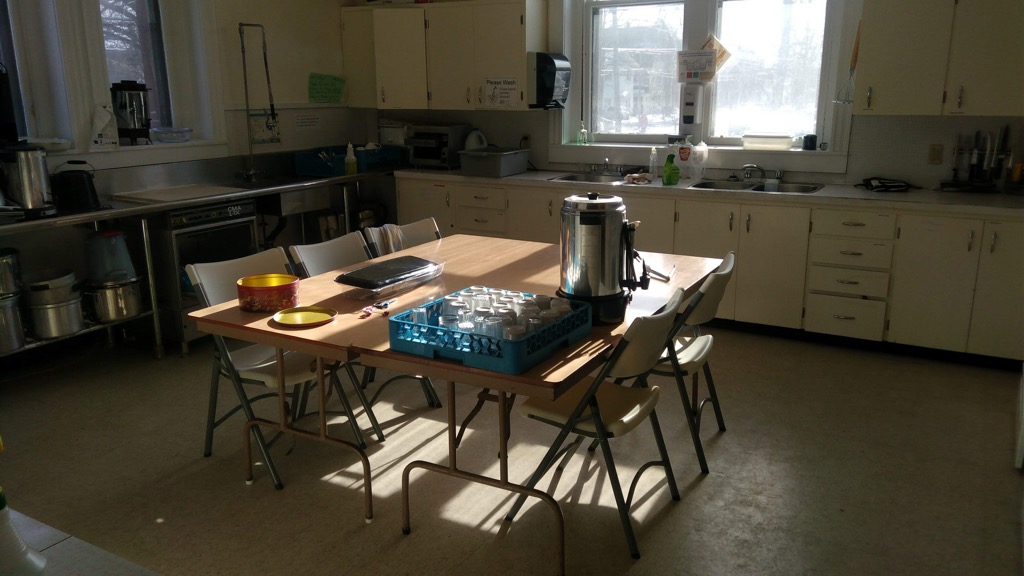 The chapel, which is beside the main hall, has a table and chairs (and lovely stained glass windows). 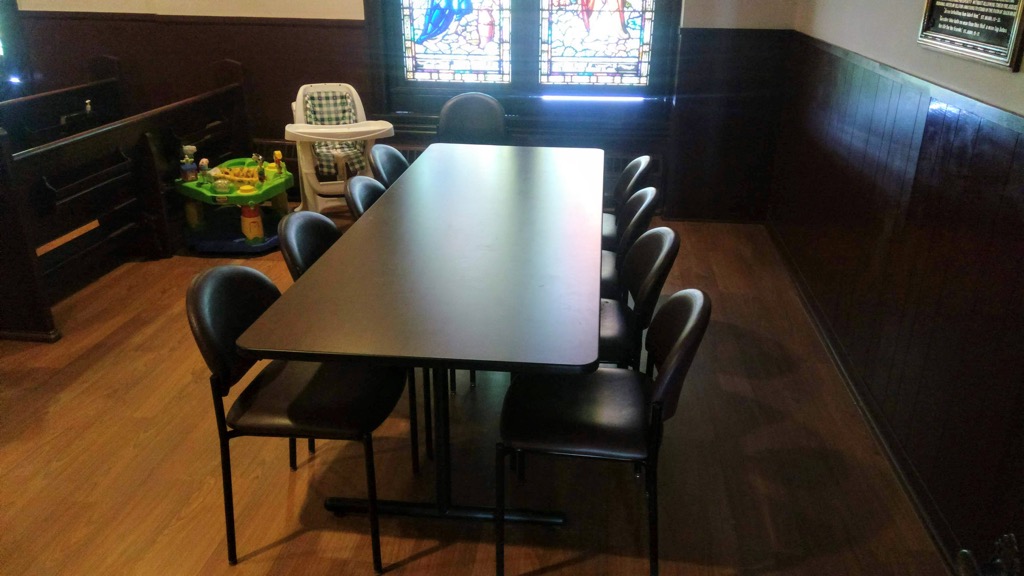 The lunch room, off the kitchen, has a small table with chairs and doors that allow it to be shut off from the kitchen and the main hall. 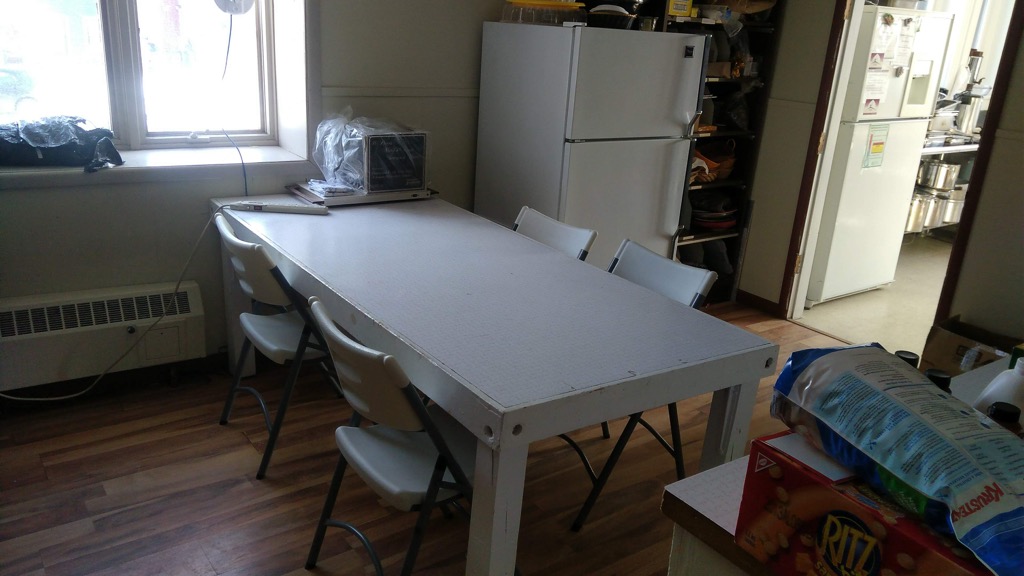 Our studios are located in the basement of the Parish Hall, and we’ll be able to use these, as well as another room that adjoins Catherine’s, as smaller meeting rooms.

♿️ The basement is not wheelchair-accessible; access from the Richmond Street entrance requires being able to navigate a flight of 10 stairs.

Catherine’s studio has a couch and chairs and is arguably the most intimate space in the building. 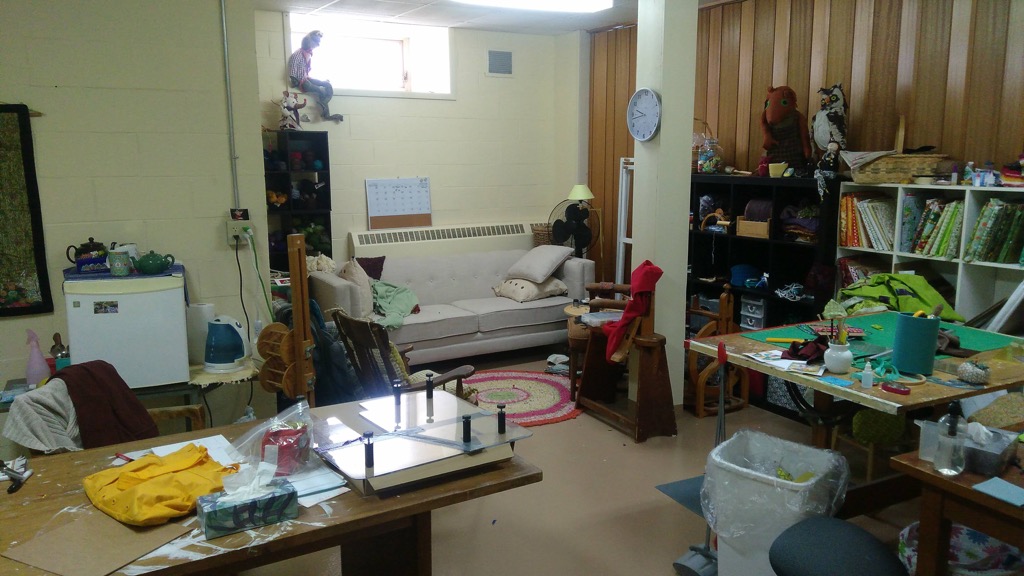 Used by Alcoholics Anonymous and other groups, this meeting room abuts Catherine’s studio. It has a table and chairs, a sink and microwave. 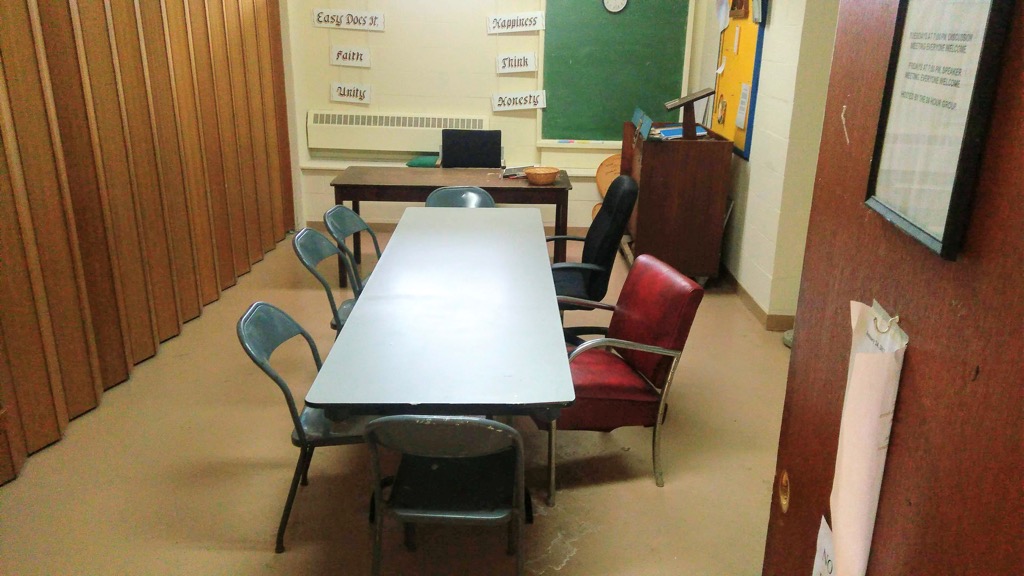 Not set up as a meeting room (although it could be), this room might work best as a workshop or constructing space. But we could also move tables and chairs in here. 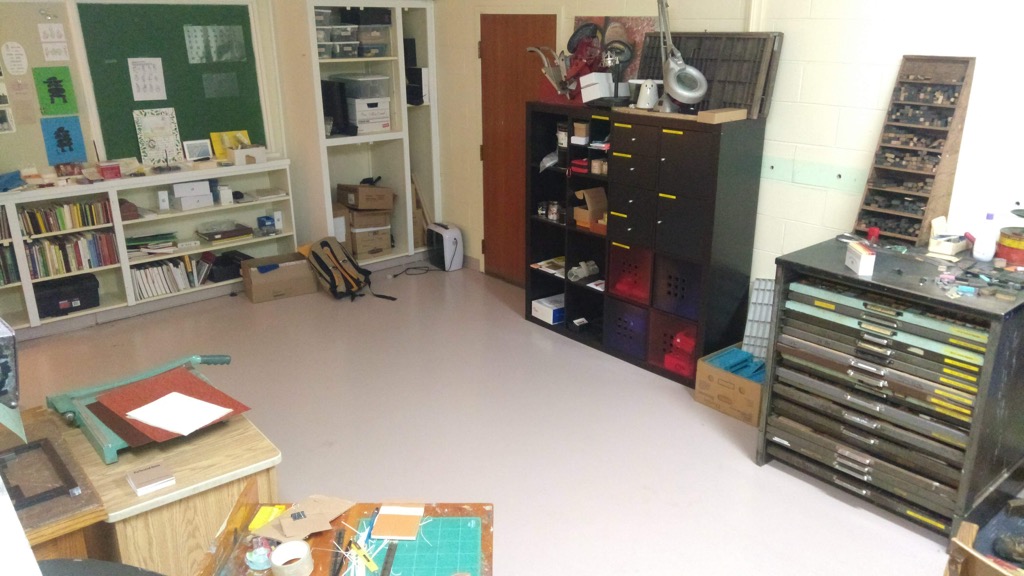 While Charlottetown is a small city of less than 40,000 people, as the capital city of Prince Edward Island it’s much better resourced than other cities of this size: there’s a healthy array of restaurants of all types within walking distance of our house, many places to get good coffee, an art gallery, the public library, and many other places to explore both in the city and out.